Battle royale game PUBG Mobile has been teasing about ‘Cold Front Survival’ on its social media platforms. It seems to be a new game mode. Or, it could be a new map also, with some on Twitter claiming that it is a snowy version of classic map Erangel. There have been tweets made by the official PUBG Mobile account with different pictures, saying that Cold Front Survival would launch on April 16.

From the one-line description and the latest teased picture of the ‘mode’, it would seem that Cold Front Survival would be set in an icy region like how it is in the Vikendi map. The photo shows a player holding the hand of his/her comrade-in-battle,

with two more players in the background who look like they belong to the same team. All of them are caught in snowfall or what could be a blizzard too. The description says, “Things are getting a bit…chilly here”.

In another tweet made through the official account of PUBG Mobile some hours before, the picture shared showed a drone in the icy regions of Cold Front Survival. The tweet seems to have been deleted but we have a screenshot.

Use of drones could be ascribed to the fact that PUBG Mobile’s rival game, Call of Duty: Mobile, already allows players to use a surveillance drone if they choose the Mechanic class in its battle royal mode, and that PUBG Mobile may have lapped up this idea of employing drones. Call of Duty:

Mobile’s Scout class can make use of sensor darts to reveal the location of enemies in a small radius with the help of thermal imaging. Opposed to PUBG Mobile, COD Mobile splits the four teammates into four different classes. The various classes available are Scout, Medic, Ninja, Mechanic, Airborne, Trickster etc.

Facebook New Quiet Mode and How Does It Work?

How To Become a Freelancer 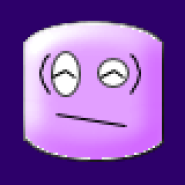 How to Fix the WordPress Updating Failed

digitaltreed, 10 months ago 4 min read
How to

HTML Tutorial For Beginners The Easy Way To Understand

y2mate mp4 complete review: you can convert YouTube Videos to MP4 in 2020