Server management and monitoring is a full-time job. Most corporations hire system administrators to do the job for them, but start-ups usually don’t. That’s why some developers have to spend time dealing with server maintenance instead of creating innovative IT solutions.

This is where serverless architecture comes in handy.

Even though this way of running services may not be the best choice for everyone, it’s worth trying it. After all, a survey from 2019 revealed that 40% of respondents work at organizations that have adopted serverless architecture in some form.

So, if you’d like to know whether this option would work for you, keep on reading.

Let’s start from the basics. What is serverless architecture?

Well, serverless architecture or serverless computing is a cloud computing model that allows you to focus on building software without worrying about the infrastructure. Basically, a third-party cloud service provider takes care of servers and their maintenance, so you can work on the front-end of a website or application.

As you can tell, the word ‘serverless’ is a bit misleading here because cloud service providers do use servers. But you won’t have to invest in back-end servers as you develop or deploy an application, nor maintain them.

Developers in charge of developing serverless architecture simply write application code and load it into the cloud. The code stays inactive until an event (such as a click) triggers it. The serverless computing cloud service provider then executes the code in the cloud environment. When the event is over, the code goes back to being inactive.

The serverless architecture model is popular among start-ups, but some corporations use it as well, such as Netflix and Coca-Cola.

Now, we’ll go over the key benefits and limitations of serverless architecture so you can determine whether you’d like to try it.

One of the biggest advantages of going serverless is the cost-effectiveness of this approach. In a traditional setting, developers are forced to project how much server capacity they’ll need in advance. Unfortunately, you may not need all that space after all, which means you’ve wasted some money.

On the other hand, the serverless architecture follows a ‘pay-as-you-go’ model, which means you only pay for what you use. Every time a user triggers the code, your fees scale up. So, depending on the number of these triggers, you’ll end up paying more or less for the service.

Serverless computing is also more affordable in terms of maintenance. When you’re buying your own servers, you need someone to monitor and maintain them round-the-clock. As opposed to that, a cloud service provider is responsible for maintaining their servers, and that’s none of your concern.

Buying additional equipment and servers takes time. You have to think about that in advance if you want to have enough space for new code.

However, if you decide to go serverless, you no longer have to worry about that. Your developers can simply deploy new code whenever they’re ready.

The ability to upload bits of code is also useful in terms of updates. For example, when you notice a bug, you can simply replace a part of the code to fix it. And if you want to update an entire application, you can do one thing at a time without compromising the rest of the functionalities.

A great thing about serverless architecture is that it can take a lot of traffic, despite what many people think. Would Netflix rely on a cloud service provider if they didn’t think it could handle their operations and functions? The answer is obvious.

Cloud service providers such as Amazon Web Services (AWS) can accommodate all their customers, including you. It doesn’t matter how many users trigger your code at the same time — their servers can handle it. And if there’s a piece of code users often use, the cloud service provider will keep it ready for activation. This type of request is called a ‘warm start.’ The response time is often under a millisecond, which is incredibly fast.

Though serverless architecture is a great way to save money, this technological advancement doesn’t have to be viewed in light of profit and cost only.

We won’t bore you with the details, but the conclusion is that serverless architecture is in favor of climate impact and is definitely more environmentally friendly than the traditional server model.

First of all, cloud computing data centers use less electricity to support backup power and cooling because of their fine hardware setup.

Also, since many users access the cloud at all times, the cloud is always in use. Therefore, it’s more efficient to invest in going serverless than to have your servers idle most of the time. We should at least try to contribute less to carbon emission, right?

When you rely on a traditional server model, your developers have to monitor and maintain the companies’ servers. They have to stay on top of hardware, software, security, and backups.

That’s not an easy task. Your developers need to do it every day, which means some of them must spend a solid portion of the day making sure servers are working properly. If they fail to do so, users may not be able to use your software at all.

Deploying your data on the cloud is much simpler. Trusted managed service providers will make sure your servers are working the way they should so the developers can focus on creating a superb user experience. Since you’ll have much more time on your hands, you can spend it on developing user-friendly and engaging front-end solutions that will enchant users.

Remember, they don’t really care about the back-end as long as your app isn’t too slow or lagging.

Now, serverless architecture also has some limitations. Let’s go over them.

There are a couple of great cloud service providers available. The most popular one is probably AWS, but there are also Microsoft Azure, Google Cloud, Alibaba Cloud, and many others. While they all have similarities, there are also some differences between them. For instance, their pricing list is different, as well as the number of services they provide.

Most of the time, companies use a single cloud service provider. If you, however, ever decide to migrate to another one, that may not be an easy task. Of course, your system administrator can help you with this.

Some providers like Microsoft Azure are also making an effort in terms of migration. They’ve created the Azure Migrate service that is used solely for server migration from AWS EC2 to Azure.

Sure, the cloud service provider will keep track of the functions users frequently request to ensure a faster response. But what about other functions?

Well, we’ve got some bad news for you. Just like there’s a ‘warm start’, there’s also a ‘cold start’. Basically, when a function is requested for the first time after a while, the container has to spin up before the function runs. Of course, this may not be so bad if it doesn’t happen frequently.

When you own servers and have the right people managing them, the possibilities are basically endless. Your experts in charge can configure servers the way you want and come up with additional security measures.

Serverless architecture takes away those options. You depend on a cloud service provider and its ability to handle the server-related problems they might be facing. This can be frustrating, especially when issues arise and your hands are tied.

Probably the biggest concern over serverless architecture is related to its safety and possible breaches.

If you’re coming up with an innovative product or software, you want to make sure your code and the rest of your data are safe and sound. In a traditional setting, you would hire the best system administrator that can address your concerns and protect your data at all costs.

When you’re using a cloud, you must rely on its own security system, and there’s not much you can do about that.

There are, of course, ways to protect your code. First things first, you should inform yourself about how different cloud service providers ensure security for their customers. You’ll also need a skilled developer to handle something like this if security and privacy are crucial points of concern.

Serverless architecture has some awesome advantages.

First of all, it’s more affordable, scalable, and leads to increased productivity. It’s also environmentally friendly, which can’t be said for the traditional model. Some of the biggest companies like Apple, Coca-Cola, and T-Mobile rely on this method.

On the other hand, most companies are still reluctant to use them because they’re concerned about the safety of their data.

What are your thoughts? Do you plan on going serverless? 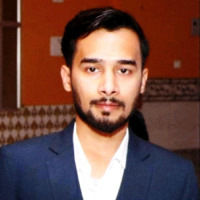 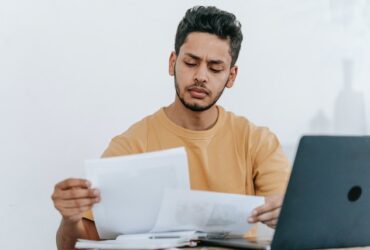 Resume Service Review: Why Everyone Should Use It

Before trying any new service or buying a new product, we usually browse reviews first. It is convenient to check ... The concept of business teams was developed to improve the efficiency of the workforce and thus better the overall workflow ... 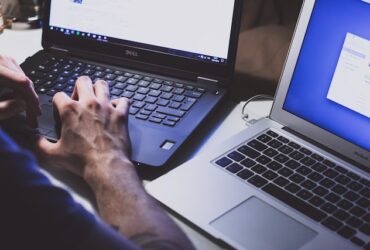 Why is Plagiarism Such a Big Deal

Plagiarism is a serious issue with negative consequences for both individuals and organizations. It is important for students, professionals, and ...