These successful Indian Famous Bloggers make a huge amount of money just by blogging online and sharing useful information. The amount of money they make is more than what a very famous doctor or engineer can make.

The most important thing is that these Famous Bloggers do what they love most like and they don’t need to work for others, they just do their hobby while making money out of it.

Amit Agarwal, a techie by heart and a writer by hobby is India’s first professional blogger who pioneered blogging in a true sense.

Originally Amit belonged to a business family in Agra but had a passion for technology so after completing high school he opted for Computer Science at IIT-Roorkee.

In 1999 he completed his graduation and started working for ADP Inc in Hyderabad. There he worked for 5 years on database for clients like Goldman Sachs and Meryll Lynch.

After spending 5 years at ADP he decided to go back to his hometown Agra. In year 2004, he launched a tech blog named Labnol (Digital Inspiration).

Labnol blog was all about taking maximum advantage of software tools and web technologies available. He writes How-To guides about consumer software and mobile apps.

Shradha Sharma is India’s top women blogger who is founder and Chief Editor of YourStory.com. Before founding YourStory in the year 2008 she worked as an assistant vice president at CNBC TV18 and a brand adviser at The Times of India.

YourStory is basically India’s one of the biggest digital platform for start-ups and entrepreneurs related stories and news. They work to bring India’s best and brightest entrepreneurs to the fore.

In last 10 years YourStory has published over 60,000 stories about entrepreneurs on their blog. YourStory has a team of 5 to 6 bloggers situated in Bangalore.

Unlike other bloggers in this list, Shardha Sharma has a long background in mass media before launching YourStory. Her site receives over 1 million views every month generating revenue over $20,000/month (approx.).

Harsh Agarwal is an engineer by education but a blogger by profession. His blog ShoutMeLoud is one of the very popular blogs in India right now.

In 2008, Harsh Agarwal graduated as an engineer and took his first job at Accenture. After working for only 5 months at Accenture he decided to quit his day job and opt for blogging as a career.

In 2009 he launched his blog named ShoutMeLoud.

Between working at Accenture and blogging he chose blogging as a career. According to him this was his life changing event.

However, in June 2009 he met a terrible accident and was bedridden for entire seven months. However Harsh didn’t stop blogging, he worked day & night and blogged from his hospital bed.

What Is Blog Marketing? Complete Guide 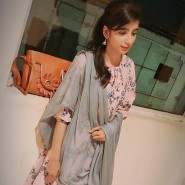 How To Start A Blog in 2021 [Blogging Guide For Beginners]

How Blogging Boosts the Profitability of Your Ecommerce Store?

Will Search Engine Optimization (SEO) and Blogging Beginner Ever Rule the World?

How To Start Freelancing

YouTube is populated with several videos that are not easily found anywhere else, you can convert your favorite clips with y2mate mp4 conversion tool that Y2mate.com offers. That said, here you will learn what Y2mate is, and how it can be used to convert YouTube videos in MP4 format

How to earn money online at Home