HTML Editors is a program for editing HTML, the markup of a web page. Although the HTML markup in a web page can be controlled with any text editor, specialized HTML editors can offer convenience and added functionality. For example, many HTML editors handle not only HTML, but also related technologies such as CSS, XML and JavaScript or ECMAScript. In some cases they also manage communication with remote web servers via FTP and WebDAV, and version control systems such as Subversion or Git. Many word processing, graphic design and page layout programs that are not dedicated to web design, such as Microsoft Word or Quark XPress, also have the ability to function as HTML editors.

Notepad++ is a favorite free note taking app and code editor. It is a more robust version of the Notepad software that you would find available in Windows by default.

It includes things like line number, color coding, hints, and other helpful tools that the standard Notepad application does not have. These additions make Notepad++ an ideal choice for web designers and front-end developers.

There are two versions of Komodo: Komodo Edit and Komodo IDE. Edit is open source and free to download. It is a trimmed down counterpart to IDE.

Komodo Edit includes a lot of great features for HTML and CSS development. Additionally, you can get extensions to add language support or other helpful features, like special characters.

Komodo doesn’t shine as the best HTML editor, but it’s great for for the price, especially if you build in XML where it truly excels.

Bluefish is a full-featured HTML editor that runs on a variety of platforms, including Windows, macOS, and Linux.

Noteworthy features that have been in place since the 2.0 version are code-sensitive spell check, auto complete of many different languages (HTML, PHP, CSS, etc.), snippets, project management and autosave.

Bluefish is primarily a code editor, not specifically a web editor.This means that it has a lot of flexibility for web developers writing in more than just HTML, however, if you’re a designer by nature and you want more of a web-focused or a WYSIWYG interface, Bluefish may not be for you.

BlueGriffon is the latest in the series of webpage editors that started with Nvu, progressed to Kompozer and now culminates in BlueGriffon. It is powered by Gecko, the rending engine of Firefox, so it does a great job of showing how work would be rendered in that standards-compliant browser.

BlueGriffon is available for Windows, Macintosh and Linux and in a variety of languages.

This is the only true WYSIWYG editor that made this list, and as such it will be more appealing for many beginners and small business owners who want a more visual way to work as opposed to a purely code-focused interface.

Microsoft Visual Studio Community is a visual IDE to help web developers and other programmers get started creating applications for the web, mobile devices and the desktop. Previously, you may have used Visual Studio Express, but this is the latest version of the software. They offer a free download, as well as paid versions (that include free trials) for Professional and Enterprise users.

HTML Tags Tutorial :You Must Know In 2020 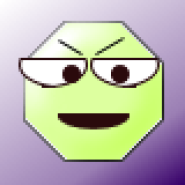 HTML Input Types:You Should Must Know

How to Include CSS in HTML Pages

HTML Links : How to Make a Link – HTML Tutorial

Top 10 Programming Languages to Learn in 2020

y2mate mp4 complete review: you can convert YouTube Videos to MP4 in 2020